The Time A B-17 Flying Fortress Slammed Right Into Mountain 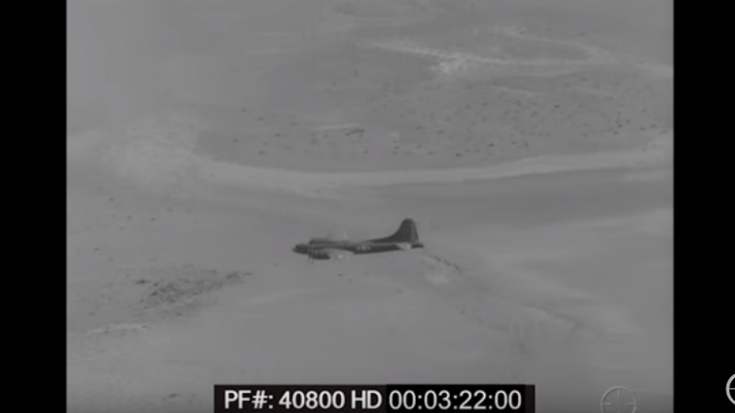 Someone Had To Do It

It makes me sad to see something so incredibly beautiful being destroyed. I could hear my heart break during the point of impact. But then again, it had to be done. This clip is from the Project Hermit, a US Army Developmental Program where the airplanes were flown to the ground targets using radio control. The purpose of this program was basically to develop aircraft which can take care of fortified targets (e.g. submarine pens and cave systems). The B-17 heavy bomber was used but it crashed into the ground. I know I’m not the only one who felt sorry for that amazing bird. Of course, it’s not the only that ended up in pieces but still, aviation enthusiasts can relate how heart-wrenching it looked.

It eventually led to Operation Aphrodite which used B-17 which were no longer in operational service. They were loaded with explosives and were controlled by radio. They were called ‘Weary Willy’ or ‘Robot.’