These ‘Bad Kitties’ Unfold, Startup And Take Off 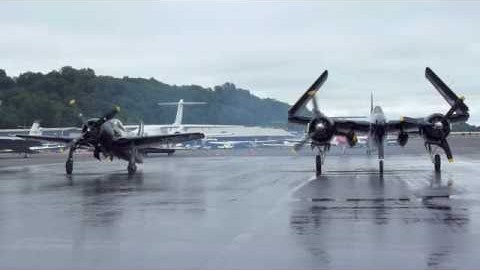 Both of these Grumman aircraft were introduced in 1944 and though not used in World War II combat, they are still dear to our hearts! The F7F Tigercat is the first twin-engined aircraft to be designed specifically for the United States Navy. Big in size for deck use, it was engineered to have folding wings to save space on the carriers, but only the F7F-4N variant was certified for carrier service.

The F8F Bearcat on the other hand had no problem with carrier landings. Smaller in size, this Navy purposed fighter was given longer landing gear to give it deck clearance as its four-bladed propeller was 12 ft 4 in long.

Postwar, the Bearcat was the best handling piston-engined fighter plane, able to outperform most of the early fighter jets. The Tigercats only saw action during the Korean War and were later sold around the world for different purposes.

There are only 7 airworthy Tigercats around the world, 2 still under restoration. As for the Bearcats, 15 still fly with 3 coming up soon as restoration is nearing completion. One of the most notable Bearcats is the ‘Rare Bear,’ which is a race plane that broke the piston-engined plane world record for speed, reaching 528 mph!