This Might Be Ridiculous, But It’s The Funniest Hijacking Ever Filmed 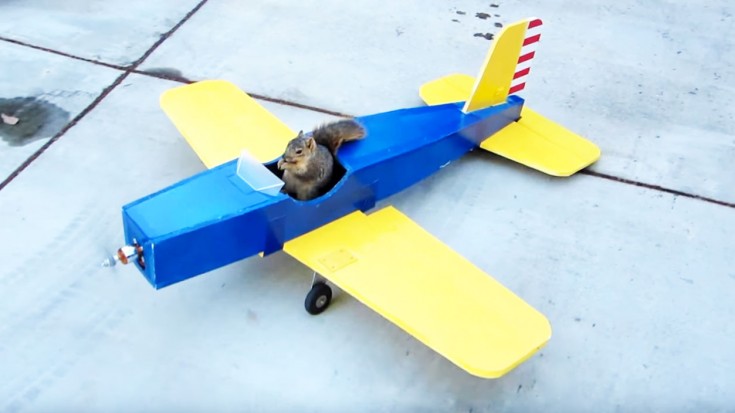 Apparently, This ‘Sophisticated’ Rc Plane Has Manual Controls Inside

In this hilarious clip, Ron Knight, an avid remote control flying enthusiast, came up with quite a skit. Putting this blue and yellow plane together in no time, he later decided to rig it with electronics to make it actually flyable and enhance the whole experience.

Now, for the moment you’ve been waiting for, the idea was to make a mock instructional video for new Rc flyers and while Ron had his back turned from the plane,  have a squirrel jump in an take off with it!

To pull off the interior shots with a live squirrel in the air, Ron Knight used a green screen.

Once he explains how the model aircraft functions, he goes to his car pretending he forgot his controller. With the plane on the ground, he somehow managed to get a squirrel to run up and sit in the cockpit, later replacing it with a toy for the scenes where the plane is actually in the air.

Overall, this whole skit will have you laughing hard. That’s how ridiculous it is!