This Ship Had No Deck But Landed Planes 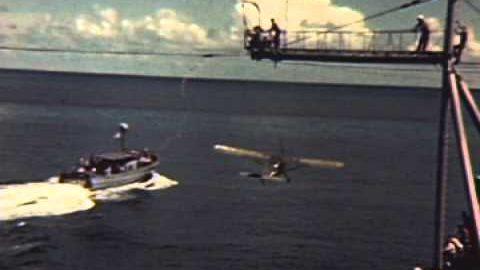 No Deck, No Problem

Landing Ship, Tanks (LSTs) were developed during WWII to carry tanks, vehicles, cargo, and troops directly onto shore. In order to enable planes to land, it needed to operate the Brodie System.

The system designed by Lt. James Brodie allowed the launching and recovery of light planes from ships without using any portion of their already small decks. These planes were mainly liaison aircraft, such as the L-5 Sentinel.

The aircraft would have a hook on top, while the ship had a suspended hoop that ran alongside its hull. To land, the pilot had to fly alongside the ship to allow the hook to catch the hoop.

After the war, Lt. James Brodie received the Legion of Merit for his work on the system.