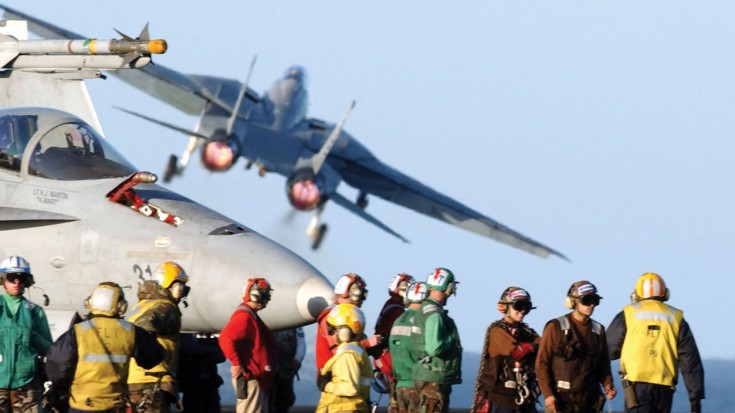 There’s Something So Beautiful About This.

This footage was taken towards the end of October in 2006. The reasons that date is significant is because officially, our beloved F-14 Tomcats were retired on September 22nd of that same year. They of course were then replaced by the Navy jets we use now, namely, the F/A-18 Hornets.

There are two things happening in this video that are pretty awesome. Firstly, we do get to see the final flight of these Tomcats as this video captures their final deployment. That’s truly a historic moment. Once they left that deck, they never returned to it. In their place will then be the Hornets.

F-14s are most notably known for their variable-sweep wings and of course the movie Top Gun.

Secondly, it was also a test for the USS Theodor Roosevelt. Commissioned in 1986, this Nimitz-class super carrier is also known as the Big Stick. In this video, the crew was testing her launch capabilities, which she passed spectacularly as you’ll see. With three F-14s on the deck they get launched within seconds of each other and are up in the air in no time.

Yet another example of why you don’t mess with the Navy!