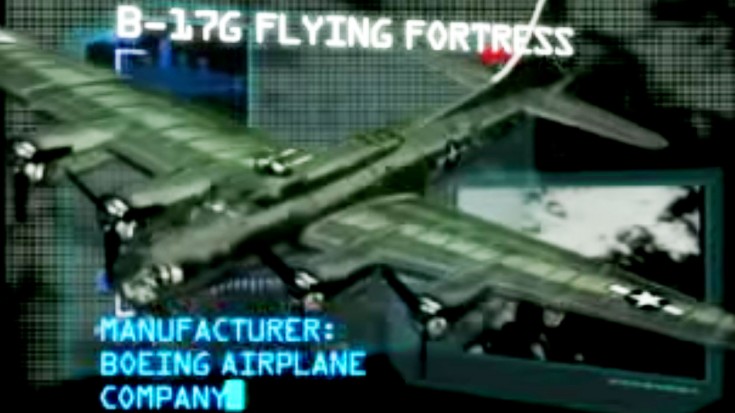 Without a doubt, B-17 Flying Fortresses are definitely one of the most iconic bomber planes of World War II. Even now, warbird enthusiasts love seeing them at air shows and other events. Designed in the early 30s, their debut flight took place on July 28th, 1938. An instant hit once they started flying, their design went through eight major changes to make them even more effective. One of the most notable changes came in 1943, when the design included a remotely controlled chin turret with 2 50 caliber M2 Brownings, helping the crew defend themselves from head on attacks.

The B-17 was extremely versatile, serving in numerous air forces and units.

B-17 were used heavily in the European Theater, where they were used to bomb strategic targets over enemy territories. With a bomb load capacity of 8,000 pounds on short range missions and 4,500 pounds on long missions, the Flying Fortresses were credited with dropping more than half of all the bombs dropped on enemy targets.  Overall, Boeing manufactured almost 13,000 B-17s, as they were the primary bomber of the United States Air Force.