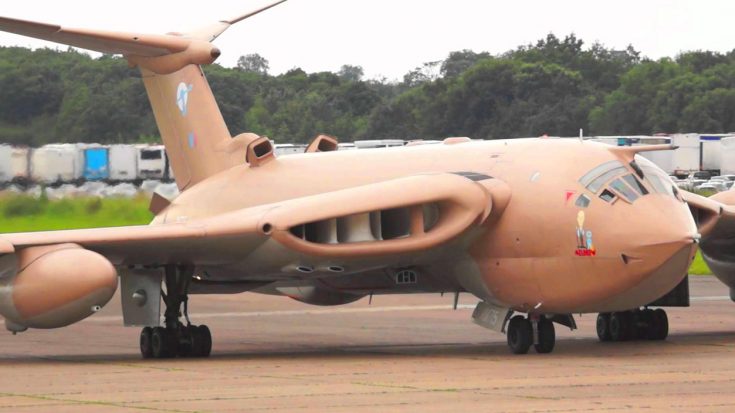 After a lengthy hiatus, the Handley Page Victor made a rare public appearance at the Bruntingthorpe Air Show. Not a whole lot of Victors survived their service but the peach colored Teasin’ Tina was a stand out at the air show.

The Victor completed the trifecta of V-bombers during the Cold War which also included the Vulcan and the Vickers. Originally it was a nuclear bomber, unfortunately, the materials used to build the jet were found to break under pressure from the low-altitude flight required for bombing strikes. As a result, the Victor was converted into others roles such as reconnaissance and aerial refueling.

Victor bombers suffered many accidents several accidents while in service and eventually had to be retired in 1993. There are only five surviving Victors, three on static displays and the other two are operational. Take a peek at the legendary Teasin’ Tina as she struts her stuff at Bruntingthorpe’s Cold War air show.