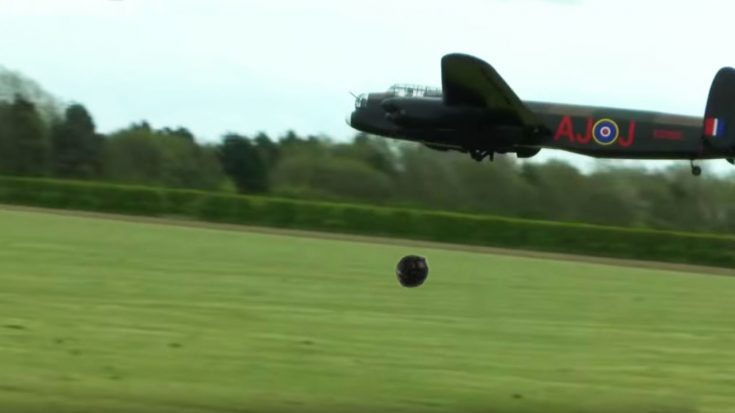 As World War II aviation aficionados, so to speak, we love everything that has to do with the subject. From World War II footage, recent airshow flybys to the remote-controlled aircraft you can watch below, we love it all.

The Rcs we only recently got into as we didn’t know this entire airshow world existed up until 2015 (sorry), but we’re definitely impressed. Not only piloting these things from the ground is difficult, many of these folks build the models themselves and we’ve got to say, they’re works of art.

This little airshow took place at the National Heritage Museum in East Kirkby, Lincolnshire a few years back. This particular part of the show focused on the Avro Lancaster and a few folks built some massive ones. The kicker here though, and we’ve never seen this before, they dropped bouncing bombs during flight, paying the ultimate homage to the real aircraft as they’re so famous for the dam buster raids.

You can see that drop @ 3:50 and also a pretty nice save @3:55 when one of the gears malfunctioned and didn’t come down. According to the description in the video, the winds that day were pretty strong too.