Tell Us This Isn’t The Most Dedicated Reporter Out There 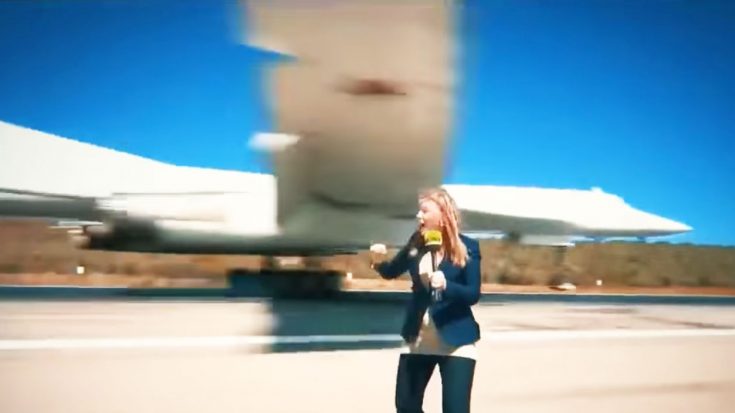 In December of 2018, Russia sent some of their massive bombers over to Venezuela for a joint exercise that was definitely frowned upon by the U.S. Understandably so, however, we’re not here for politics and won’t delve any further. We just want to show you one of the most fearless reporters we’ve seen in a while.

Meet Maria Finoshina, and RT correspondent who was sent to the scene to get footage of the landings and footage is what they got. Russian Tu-160, reporting name Blackjack, is the world’s biggest combat aircraft and also the biggest and fastest bomber ever built. Its wings, while extended, are 182 ft 9 in wide which is what Finoshina had zoom right over her head.

Sure, she was in no real danger of a strike as the wings were many feet higher above her, but the sheer jet blast and sound would have made many people curl up in a ball from fright. Instead, her adrenaline kicked in which is something you can really hear in the footage as she exclaimed, “Who! Spectacular. Spectacular!” while jumping up as high as she could.

That’s one buzz we can get behind, that’s for sure.