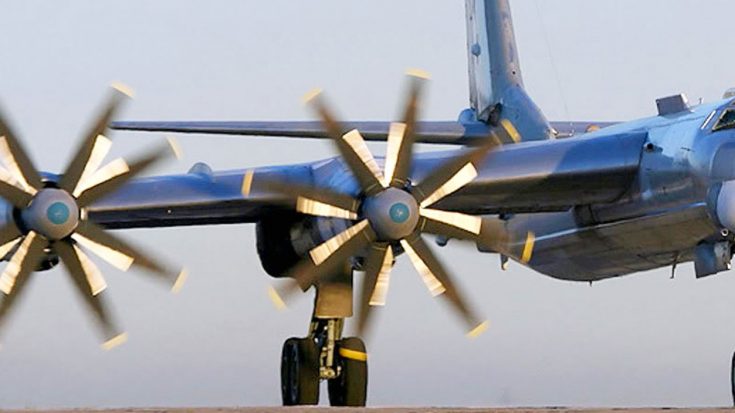 You wouldn’t expect a heavy bomber to be the fastest propeller-driven aircraft, but such is the case. You’d probably think of a P-51 Mustang or a Spitfire to take the cake, but nope. It’s the Tupolev Tu-95.

Flying under NATO’s reporting name Bear, this behemoth of a plane first flew in 1952 but was officially introduced into the Rusian Air Force in 1956. When you think of this plane, just think of the United States’ B-52 Stratofortress. Now, don’t get all offended. They’re totally different but that was Russia’s answer to our strategic heavy bomber.

Think about this though. The Stratofortress’ top speed is 650 mph using 8 jet engines, while the Bear flies up to 516 mph with only four props. Sure, the B-52 can haul more than twice the payload and has a lot of different advantages but we’re just talking about speed here. You have to admit that’s pretty impressive.

As for the video, we know how you guys love to hear them props so we found a video of a Tu-95 flyby. It’s pretty epic.