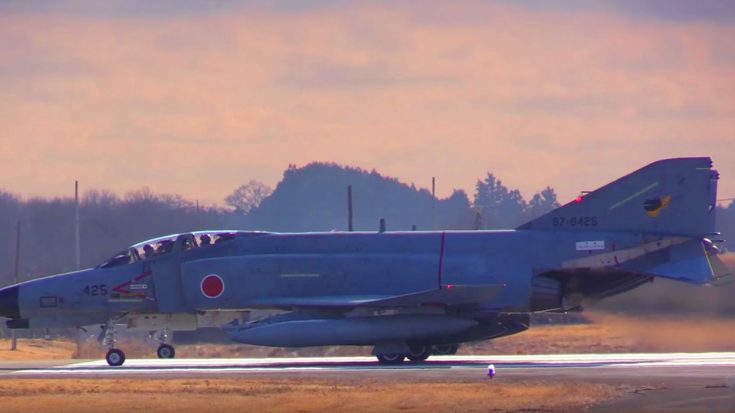 In the United States, the F-4 Phantom no longer flies, but other nations honor the enduring legacy of this proud jet. Many call the F-4 Phantom the first multirole fighter jet capable of dogfighting, bombing and ground support. However, by today’s standard many pilots consider it a flying brick and unable to compete with modern jets in combat. At Hyakuri Air Base outside of Tokyo, F-4 Phantoms still fly in service of the Japan Air Self-Defense Force.

Japan continues to operate 71 F-4 Phantoms in their Air Force, maintaining pilot proficiency on the aging fighter jet. These F-4s are present and ready in the event of war as Japan’s tensions with China continue to escalate.

“Japan has traded its RF-4 Phantoms for a new build reconnaissance version of the F-15 Eagle but like Germany and south Korea, maintains its F-4 Fleet in ready reserve in case of a regional conflict with China.”

These days as situations between China and Japan grow hostile we don’t have that things will come to a head. But as you can see in this video clip their F-4 Phantom pilots are prepared for war and they still have got the goods.