WWII Carrier Landing Training Video In The Form Of Cartoons 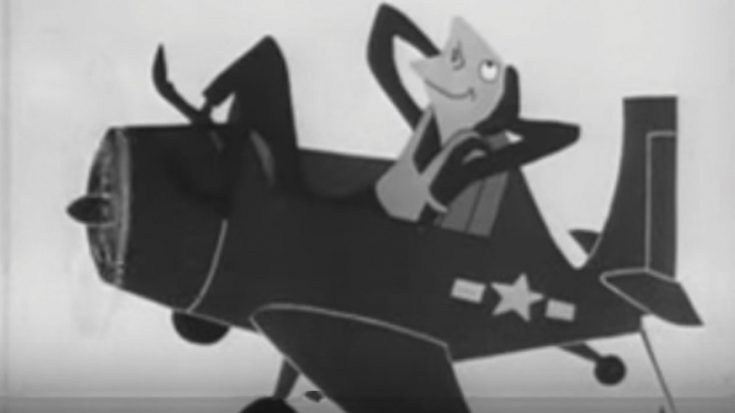 It Was A Tough Job, But This Film Was Very Light.

From Private SNAFU to this here film, the U.S. military tried their hardest to ease the tension of their personnel during World War II. Let’s not kid ourselves. That was a war unlike any other the world has ever seen and it didn’t matter what branch you were in; it was brutal.

Pilots, especially Navy pilots, had a very crazy job as well. Not to take anything away from all the other pilots, but in the Navy your job wasn’t over when the mission was completed. It was over when you landed on that rocking postage stamp in the middle of nowhere.

“They’ve got to stay on the ball. No one is gonna fly that airplane down to the deck but the pilot himself.”-Narrator

This short film we found explains exactly that. You shouldn’t sit back (as in the picture) expecting for the plane to land itself. Your job is to stay sharp until you catch the hook and get out of the plane.

As all of the damaged planes below deck will tell you, there are many more things that can go wrong as a Naval aviator. Listen carefully and you might learn a few things but more importantly, enjoy the film. It’s quite comical.