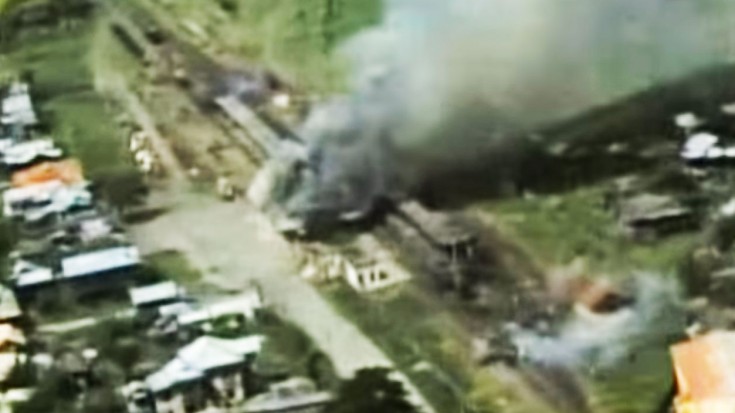 The P-51 Mustang was a single-seat fighter and fighter-bomber plane that was developed by North American Aviation towards the end of World War II. This fighter, with its two-speed supercharged engine and 3 12.7mm M2 Browning machine guns on each wing, helped the Allies establish air superiority against the German and Japanese fighters. Although used mostly in the North African, Mediterranean and Italian theaters, it did see some action in the Pacific theater as well. This rare, color footage is from that theater!

The Mustang was a good fighter and the best escort due to its incredible range, make no mistake about it. It was also the best American dogfighter.-Captain Eric Brown

Since most of the fighting took place over Europe, the Mustangs were preoccupied and only arrived in the Pacific theater towards the end of 1944. Once there, it ran close-support and escort missions as well as reconnaissance. In addition, it was used as a bomber escort for the B-29 Superfortress which was too big to fend off its own, much faster attackers.