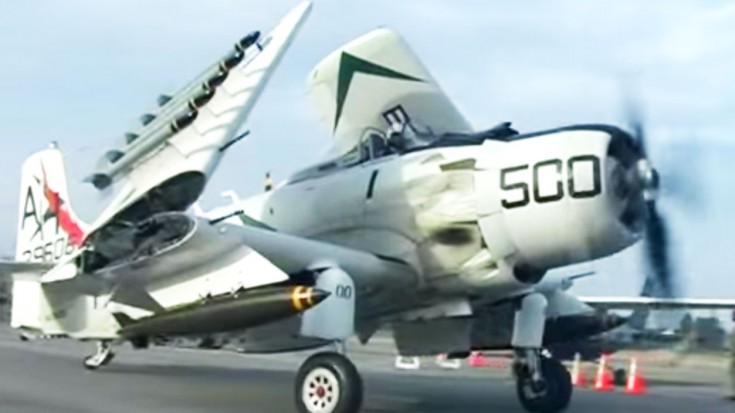 The Big, Bad and Ugly!

The A-1 Skyraider, developed by Douglas Aircraft Company was a single-seat attack airplane that was developed in the last months of World War II. Although not used in combat during the war, it saw significant action during the Korean and Vietnam Wars. 3,180 of them were produced in 13 years and served in the Untied States Navy and Air Force, the Royal Navy and the South Vietnam Air Force. The original AD-1s had a Wright R-3350 radial engine, but were upgraded many times to increase performance. Although big and tough, the Skyraider did ‘pull its own weight.’

The A-1 was designed specifically for ground-attack missions and were armored more heavily to resist ground attacks. Beforehand, such missions were carried out by Corsairs, Mustangs and Thunderbolts which were faster, but couldn’t sustain as much damage from the ground. Armed with 4 20mm M2 cannons, the Skyraider could take care of itself, inflicting even more ground damage with the ability to haul up to 8,000 lbs. of bombs, rockets, torpedoes and gun pods!