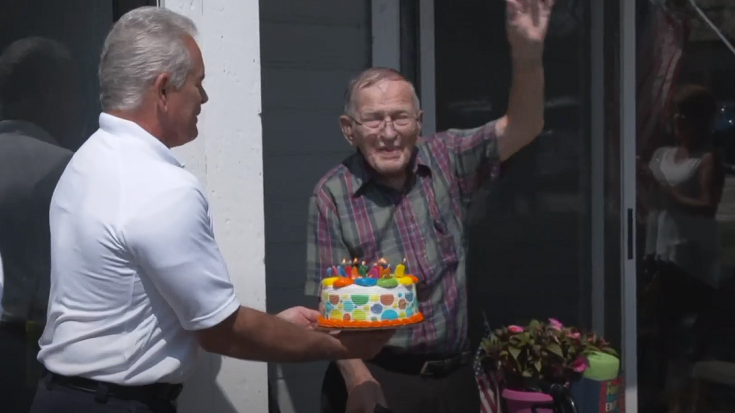 A line of vehicles drove by the apartment of this 99-year-old veteran. His name is Joseph Taylor Jr. and he is a WWII veteran living in Brunswick.

Brunswick police and fire department allocated their time and vehicles for a mini parade in front of Taylor’s house. Thanks to the veteran’s neighbors who planned this all out, he received a WWII army jacket and a birthday cake.

Admittedly, Taylor didn’t think it was for him at first but seeing those two big number 9s made it extremely clear why they were there.

“People don’t do that for me. But they did. It was nice of them.”

When asked for advice on how to live as long as him, he had one thing to say – eat cleanly and throw the bottle away!