Thunderbolt Unleashes All 8 Guns At Once- .50 Cal Firepower 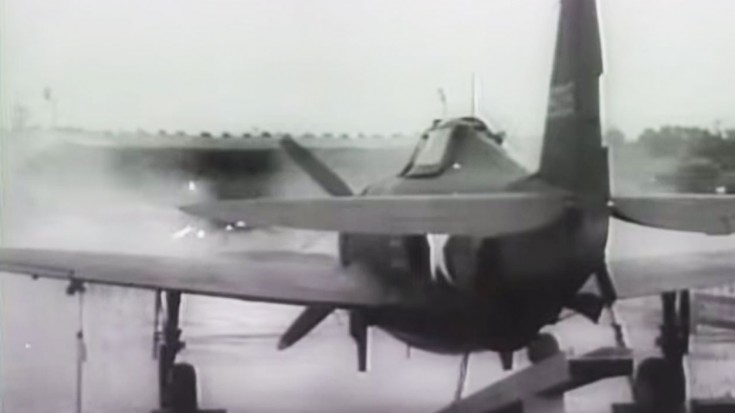 After The Initial Design And Build, Everything Is Tested

If you love the good ol’ Jug, this video is definitely for you. This short historic clip of the Thunderbolt being introduced to the fight leaves nothing to be desired. The inspirational, charismatic voice of the announcer also inspires the public into thinking that this plane will make a big difference in the war, an assumption that was correct. With a total of 3,752 air-to-air kills, Thunderbolts certainly lived up to their name.

Machine gun testing was routinely done to ensure that each aircraft is ready to go guns blazing.

As the narrator says, ‘like flying bullets they streak across the sky, Thunderbolts in name, they pack thunderbolts of firepower.’ This statement is very accurate. As you’ll see in this clip, once they were assembled, their guns were tested on the ground in order to make sure they’re operational before going into combat. To say that watching it is spectacular would be an understatement. You can feast your eyes on a combat ready Jug back in the 40s testing its eight M2 Brownings on a target on the ground. Superb! Hope you enjoy it.