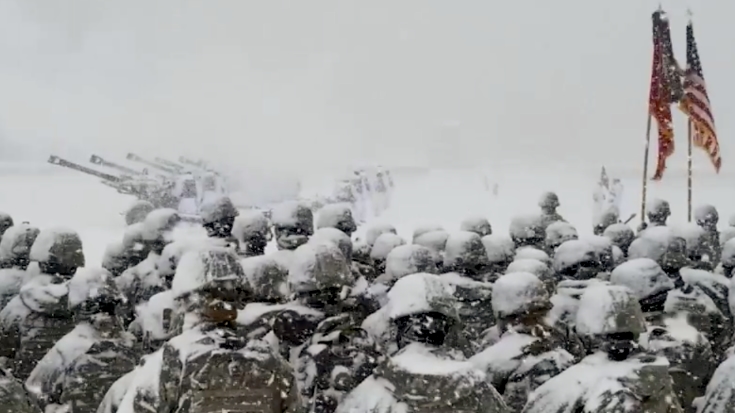 The nation mourns the loss of President George H. W. Bush who passed away recently at age 94. Remembered for his time as President heroism in WWII, ending the Cold War and victory during the Gulf War. To remember his service, divisions of the military have stepped forward to pay tribute to the fallen leader.

Wednesday, December 5 has been designated a National Day of Mourning in honor of former President George H.W. Bush. …

“He was the commander-in-chief so I think that’s just part of our history, part of tradition. We have to honor those presidents once they pass away so it’s a huge honor for our guys to do it.”

All was quiet on at Fort Drum as soldiers stood remaining still, snow collecting on their uniforms. The silence on the cold mountain was shattered by the thunderous echo of artillery fire resonating again and again. The tribute to President Bush can be seen in this short clip from the 10th Mountain Division.