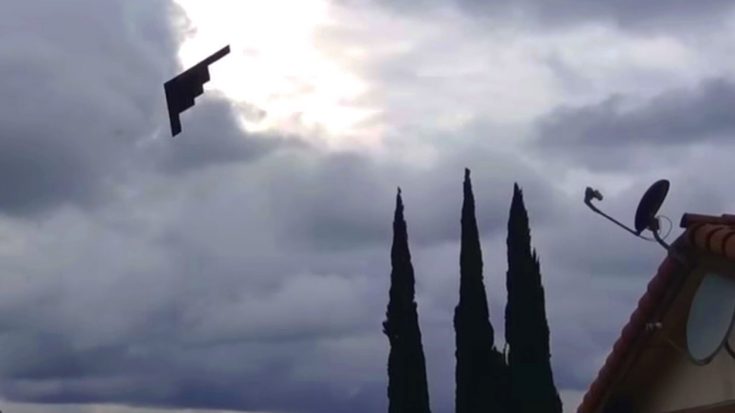 The New Year kicks off with a bang at the annual Rose Parade in Pasadena. Huge crowds gathered from all over to see the parade, watch the football game and have a good time. But the Rose Parade just wouldn’t be the same without a visit from it’s most iconic guest, the B-2 Bomber.

The Rose Parade isn’t official until you see the legendary Northrop Grumman B-2 Spirit soaring overhead. The stealth bomber soared the skies all over the city of Los Angeles to celebrate the new year and the kick off at the Rose Bowl.

“Flying overhead the Rose Parade this year, and many years prior, was a B-2 Spirit stealth bomber. Parked nearby at Edwards Air Force Base, the bomber is only a short flight from the festivities, which means that America got to celebrate college athleticism by showing us all what a terrifying bombing approach looks like”

Check out this great footage of the B-2 Spirit coming in for a low flyby barely overhead. It’s a great happy New Year greeting from America’s favorite stealth bomber. There’s nothing like shaking windows and blaring car alarms from a stealth bomber flyover to start off the year right.