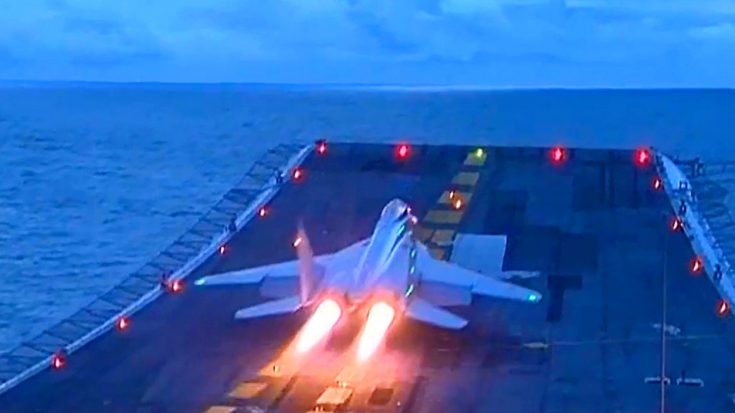 The world was shaken recently as a fleet of Russian warships passed near Europe en route to Syria. Now that fleet is drawing attention again as one of its MiG-29s in the crashed in the ocean near an aircraft carrier.

Officials from the Russian Ministry are reporting that three MiG-29 fighters took off from the aircraft carrier the Admiral Kuznetsov for a routine exercise. Shortly after takeoff one of the fighters began to experience mechanical troubles and turned around towards the aircraft carrier for an emergency landing.

The MiG-29 crashed into the Mediterranean Sea while attempting to land on an aircraft carrier. The pilot ejected prior to the crash was rescued by helicopters and sustained no serious injuries. The fighter jet crash will not deter the Russian fleet from its current operations as it positions itself near Syria to launch attacks on ISIS forces.

“The pilot’s health is not in danger, he was ready to fly again.”

Wochit news goes into further detail on the crash and the Russian fleet’s assault on ISIS.