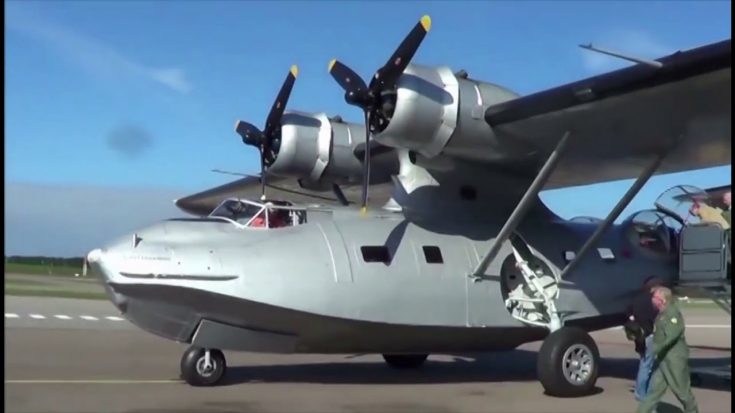 Who would have thought that a 75-year-old PBY Catalina could still take up passengers to this day?

This Catalina was delivered to the US Navy on December 23, 1941. During WWII, the aircraft caused lethal damage to at least three German U-Boats in Iceland. Its last significant action happened in 1943 when the Catalina managed to down a U-Boat using its “Fidol” homing torpedo.

Decades after the war, a Dutch company acquired the aircraft to turn it into a passenger plane. It flew with them for years until 2018 when the company sold it to the United States. Apparently, the company was struggling to finance the aircraft after it had an unfortunate landing accident the year before.

We can only hope it returns to the skies after its repairs in Florida. In the meantime, take a quick look at what it felt like to be inside this aircraft in the YouTube link below.