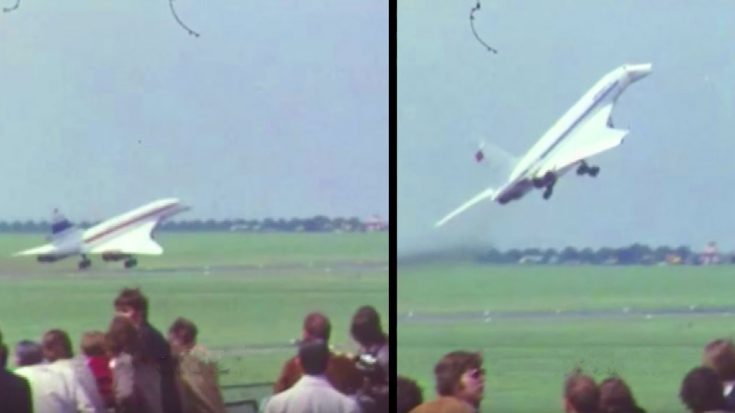 When you think about the Cold War it often conjures up imagery of Allied Nations and the Soviet Union developing ferocious weapons of war. But in actuality, the Soviet Union would try to outpace other nations in just about anything given the chance. Even in the realm of luxury aviation the Soviets just has to try and be the biggest and the best in order to outdo other nations and that is where the Tupolev Tu-144 came from.

At the dawn of the Cold War, the world turned their eyes to the jet engine which was taking the world by storm. Fighters could fight better, bombers reached higher altitude and there was a lot of money to be made from commercial aviation. Airliners could only do so much but people had places to be and they wanted to get there faster and pay a hefty price for it. So France and Great Britain united to create the Concorde, a luxurious airliner that could travel at supersonic speeds reaching London from New York in only three hours.

Not wanting to be outdone by their European rivals the Soviet Union began designing their own version of the Concorde using thousands of stolen plans. The Soviets created the Tupolev Tu-144, their version of the supersonic jet which was faster and carried more passengers. As with most competitions, the one who reaches the finish line first is often considered the winner but first doesn’t always equate to the better.

The Tu-144 reached completion before the Concorde but it had a fair share of problems along the way. First of all supersonic travel creates powerful soundwaves and passengers aboard the Concorde could sip Martinis and enjoy conversation with one another. On the Tu-144 the sound was so loud that passengers had to write notes to each other in order to communicate making it a little more difficult to enjoy your glass of champagne. Then there was the issue of fuel efficiency which limited the routes that the Tu-144 could fly, in fact, it only fly one route to Khasakstan before running out of fuel.

Sometimes getting to the finish line you will trip and fall along the way without looking where you step. Finishing it was more of a priority than designing it right, which would ultimately be the planes downfall after a crash at the Paris Airshow. This video includes a look at the many problems that brought down the Tupolev Tu-144.