RC B-17 Loses One Of Its Engine On Approach 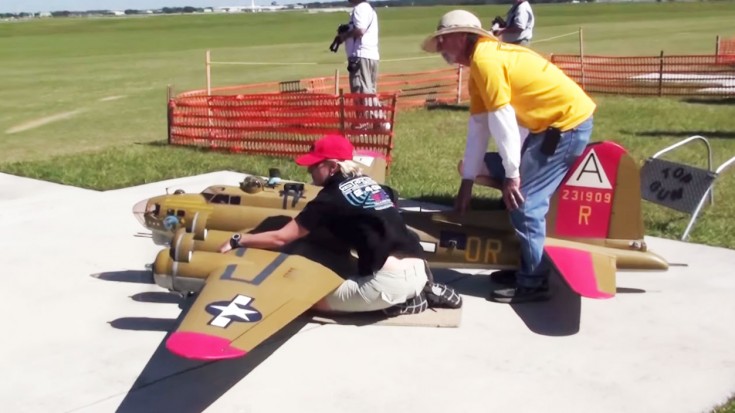 There’s Something About These Planes That Makes Them Survivors

This giant B-17 Flying Fortress was saved by a man named Dino, who manned the controls still around the pilots neck to expertly land this baby. During flight, one of the engines gave out and the plane plummeted down towards earth but was luckily leveled off. Upon approach, the landing looked really off but at the last second, the steady handed savior landed her like a professional, probably saving the owner thousands of dollars and countless hours of work.

The B-17 Flying Fortress’ flew some of the most dangerous missions during World War II and while many were shot down, they were notorious for bringing home their crews despite significant damage.

The Rc Flying Fortress in the video was tagged with the 231909 number, which is a real airworthy B-17 still flown today. Its history is rich, having been used for atomic tests in the 50s and then as a tanker in the 70s and 80s. In 1985, is was acquired by Bob Collings of the Collings Foundation, and for the next half decade was restored to its original military configuration. It was then given the Nine-O-Nine insignia under which she still flies today.