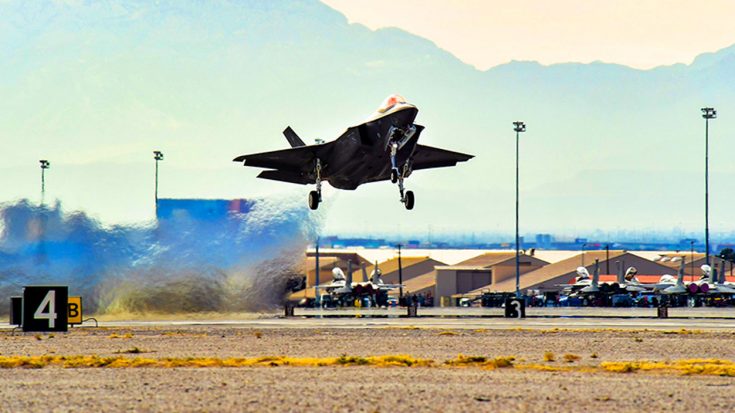 Lockheed-Martin’s F-35 has been the talk of the town lately, most of that discussion very controversial. The fifth-generation fighter jet’s excessive price tag has earned it much criticism, even causing the President to lash out until the cost dropped. The F-35 has been labeled a disaster and become the symbol of out of control government spending without any results. However, it seems that when it was finally taken into a combat trial the F-35 performed surprisingly well.

The F-35 scored an impressive 15:1 kill ratio at exercise Red Flag, which shocked many officials. The exercise used F-16s as hostile targets and proved quite effective at destroying them. While the exact details of the kill ratio are uncertain because some are claiming the number was so high due to an F-22 in a supporting role.

“Actually, the extent of the F-22 Raptors contribution to the above mentioned kill ratio is not clear: the F-35s are flying alongside Raptors and, as one might expect, the F-22s take care of the aggressors whilst the F-35s slip undetected through the surface-to-air defenses until it reaches the position to drop munitions at the target.”

Considering all the bad news surrounding the F-35 it is nice to hear some good things for a change. The lower cost and impressive performance emerging from Red Flag certainly show that there is hope for the fifth-generation fighter yet. The fighters of Red Flag can be viewed in the following clip.