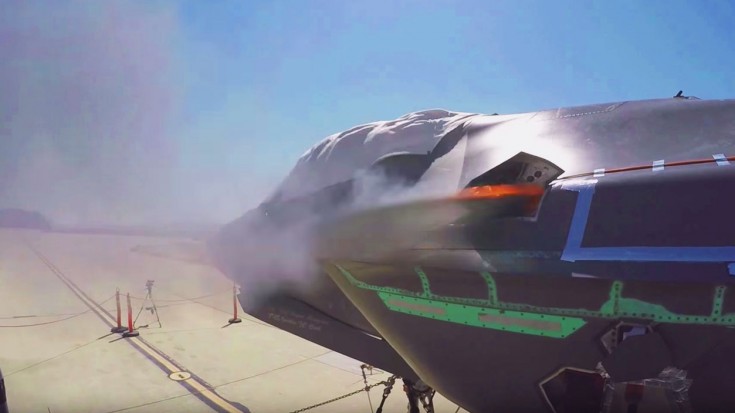 The GAU-22A Was Made Specifically For This 5th Generation Fighter

This recently declassified video will show you something new you might not have known before. No matter what your feelings are about the F-35 Lightning II, you do have to accept the fact that it is going to be the next big thing. As you’ll see in the video, the F-35A version will also have a new, more powerful gun; the GAU-22/A. This is a custom version of the GAU-12 Equalizer specifically made for the Lightning IIs, and its system looks amazing. The entire gun is internalized with just a flap popping up for the bullets and was specifically designed this way to conserve the aircraft’s stealth capabilities.

The GAU-22A cannon uses only four barrels to ensure accuracy and is also more accurate than its parent version.

The F-35A is the only variant of the series that will be equipped with this cannon internally while all others will probably have them externally mounted. The purpose will be to offer ground troops support and as the guns are more effective, serve better staffing ground targets. Produced by General Dynamics, this gatling gun is going through extensive testing to make it the optimal weapon for this next generation fighter. Speaking of testing, this video shows you exactly that and it’s nothing short of spectacular.