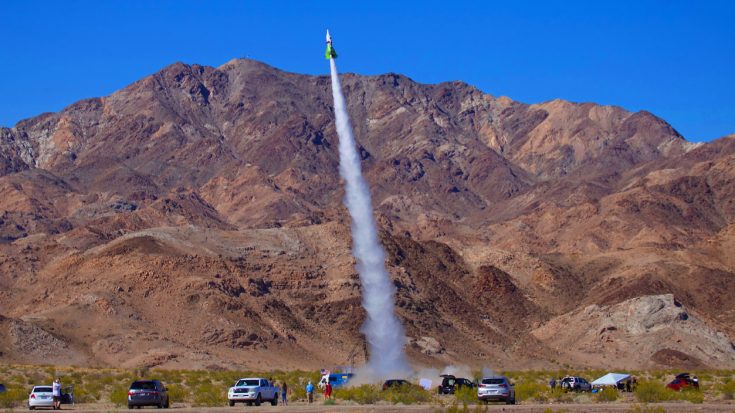 When it comes to engineering rockets many would think of Werner Von Braun who pioneered the V-2 rocket for Germany and later went on to be a leader in development for NASA. However, one of the other names popping up in the world of rockets is Mad Mike Hughes. He wanted to prove that the Earth is flat by launching himself into the atmosphere with his own rocket. He hit a few snags along the way but recently he managed to pull off a successful rocket launch.

Mad Mike, the limo driver turned stuntman and flat earth advocate has hit a few snags over the past year concerning his rocket launch. The Bureau of Land Management put a halt on his first launch due to restrictions on government-owned land, then he suffered a malfunction preventing his rocket from achieving launch. But just over the weekend Mad Mike finally conducted a successful rocket launch over the desert.

“I’m tired of people saying I chickened out and didn’t build a rocket. I’m tired of that stuff. I manned up and did it.”

He succeeded with the rocket launch but still has yet to comment if his launch has influenced his opinion on the flat earth. However, he did mention that he plans to do a more thorough investigation when with a balloon going into the atmosphere. But for now, you can check out Mad Mike’s rocket launch in his clip.