Watch How Easily A Nuclear Sub Can Break Through Thick Ice 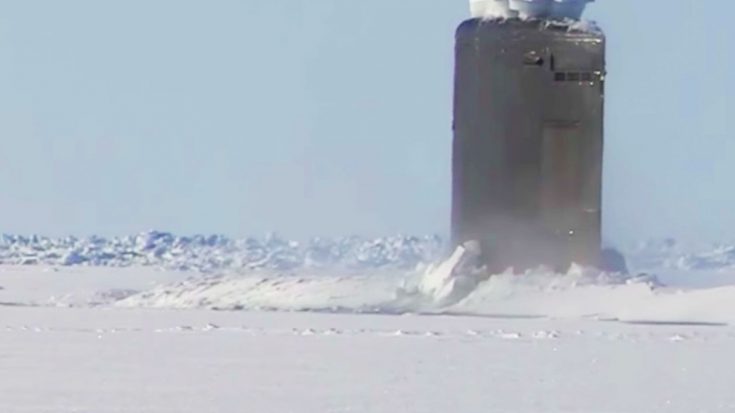 Just recently, the DoD (Department of Defense) released footage of one of their latest Arctic training exercises. Started in 2013 after the National Strategy for The Arctic Region was published, the exercises are meant to “defini(e) the desired end state as an Arctic Region stable and free of conflict, where nations act responsibly in a spirit of trust and cooperation, and where economic and energy resources are developed in a sustainable manner.”

ICEX 2018 is a five-week biennial exercise that allows the Navy to assess its operational readiness in the Arctic, increase experience in the region, advance understanding of the Arctic environment and continue to develop relationships with other services, allies and partner organizations.

As the icecaps are melting around Alaska, new trade pathways open but also expose the 1,000-mile coastline to potential threats. These training sessions are meant to give our U.S. sailors hands-on experience working in such hard conditions as well as testing submarines as they punch through the ice.

The Submarines Used In The Exercise

USS Harford is a Los Angeles-class submarine launched in 1993. A nuclear-powered, it is an attack submarine manned by 12 officers and 98 men with a mission to destroy other submarines should the need arise.

USS Connecticut is also a nuclear-powered attack submarine. Launched in 1998, its crew consists of 15 officers and 101 men.

Below you can see some of the footage of these exercises and of both submarines punching through the ice.