Footage Of The Blackbird’s Final Flight 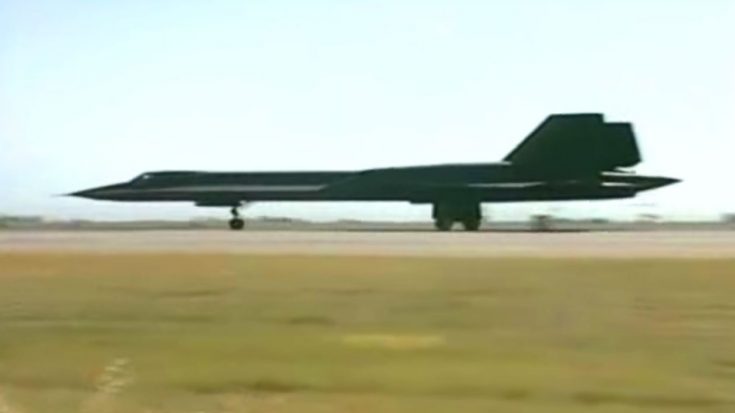 When it comes to stealth aircraft the SR-71 Blackbird may be the most infamous of them all. For years it was only mentioned in rumors and UFO conspiracy theories because it eluded detection for so long. Even after it was declassified the Blackbird was rarely seen, but one fateful day it gave the public a stellar performance at Edwards Air Force Base before being retired.

The year was 1999 and the elusive stealth jet had been retired from service by the United States Air Force. The Blackbird wasn’t much for making appearances so the opportunity to see legendary jet one last time drew quite a crowd.

“With its bus-sized afterburner plumes and high angle of attack slow maneuvering, the Blackbird looked like a sci-fi god performing in a mortal’s world. Sometimes this ‘bottom of the envelope’ maneuvering combined for some sporadic engine effects.”

To take it all in at slow speeds is mesmerizing, so far from the high speeds we are used to seeing from this legendary jet. Even at the lower speeds, you can hear an echoing sonic boom as it thunders in over the horizon for flybys. Not a single SR-71 was shot down in missions and avoided over 1,000 missiles with speeds faster than any other aircraft on earth. Public displays are incredibly rare for the Blackbird, but this one was also its final appearance so don’t miss out on this footage.