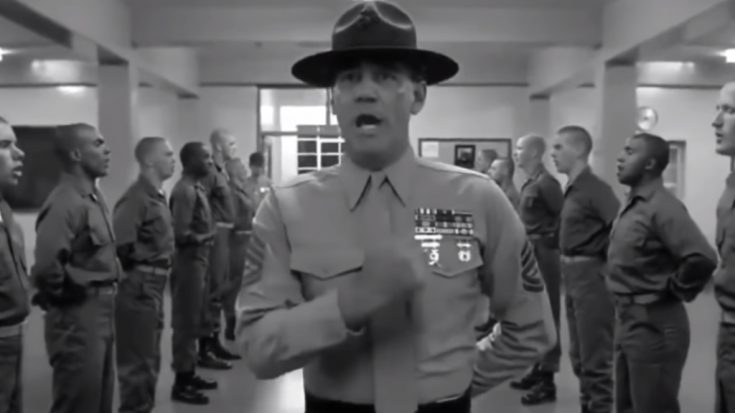 R. Lee Ermey is a legend. The American actor best known for his role as Gunnery Sergeant Hartman in “Full Metal Jacket” sadly passed away on April 15, 2018. He was 75.

R. Lee Ermey served with the Marine Corps for 11 years, for the most part touring as a drill instructor. A Vietnam veteran, he spent 14 grueling months in the thick of the conflict. Ermey was promoted to staff sergeant in Okinawa shortly before being medically discharged in 1972. No doubt his real-life grit is what made him so convincing as an actor.

Ermey’s film career reflected his military career; his characters were always characters of authority. In addition to “Full Metal Jacket,” his credits include a helicopter pilot in “Apocalypse Now,” appearances in “Mississippi Burning, “Deadman Walking,” and even “Toy Story.” He was also the host of  The History Channel’s “Mail Call” where he answered military questions from viewers. Ermey leaves a legacy of more than 60 film film and television credits.

Today, Ermey’s formal burial honors him with a casket team, firing party, bugler, folding and presentation of the American flag. He will also have a stretch of road near his home in Palmdale, California named after him.

See this just uploaded footage of his burial below.