Incredible B 29 US Giant RC Bomber 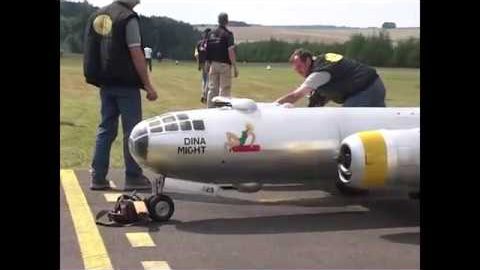 This gigantic remote-controlled B-29 has got to be one of the biggest RC aircraft we’ve seen in a long time.

Dinah Might, as she’s called, was made by a team from Holland and featured 4-cylinder, 2-stroke petrol engines from ZDZ. In addition, it also had a wingspan of about 30ft and weighed a whopping 463lbs!

Nevertheless, Dinah Might can be seen flying smoothly as it shares the sky with a couple of comparably smaller aircraft.

Unfortunately, we’ll never see her fly again since the model was donated to a museum in Holland. Though the reason was never disclosed, it might be because Dinah Might was named and designed after a real B-29 that flew during WWII.