Infographic Of The Production Of Famous Bombers-Incredible Numbers 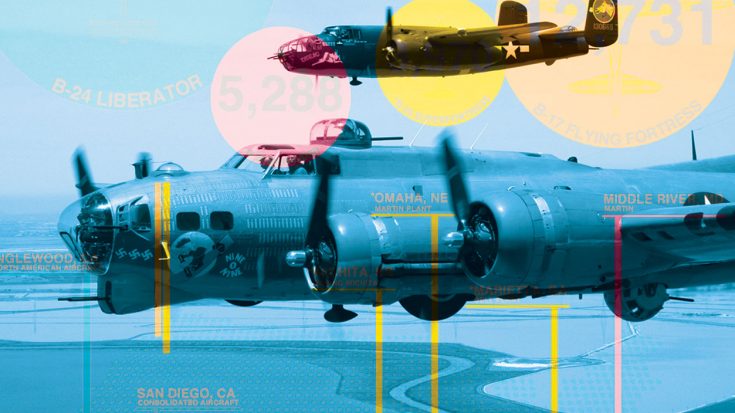 During the beginning of World War II, the United States was in the middle of the Great Depression. Things were tough to say the least, but once the U.S. entered the war production went into overdrive.

With the economy hitting rock bottom and millions of people out of work, the numbers you’ll see below are incredible. Within an extremely short amount of time, people went from eating at soup kitchens to producing so many products it’s almost difficult to fathom.

Just see for yourself.

Keep in mind though that these were produced during the war. Although some were produced for a bit longer, these wartime production numbers don’t come close to anything we produce today in such a short span of time.

Maybe corn. Yes, we do produce a lot of corn now.