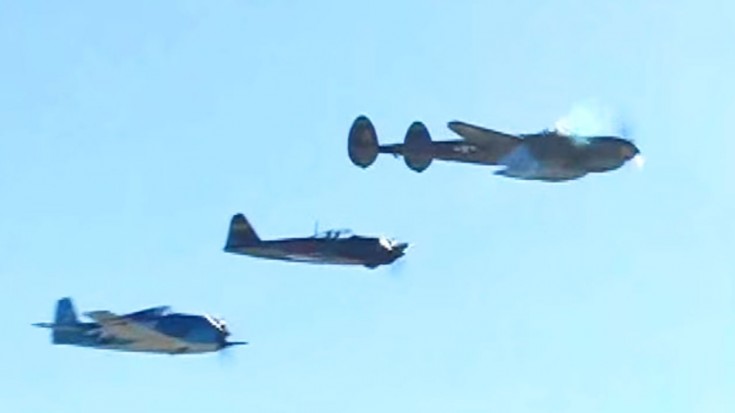 Three Great Warbirds Fly In Formation And Do Low Flybys

This clip from 2005 was taken at the Palm Springs Air Museum in California. You’ll see a P-38, a Grumman Hellcat and the Japanese A6M5 Zero fly together to the pleasure of all the spectators during a crystal clear day that couldn’t be better. You’ll see startups and low flybys of these beautiful birds and as you know, this never gets old!

Lets go over some key tidbits about these planes:

Seeing these three fighters up in the air is just stunning. All having somewhat distinctive sounds as they flyby individually, it’s really a treat to see and hear them! In Southern California where this was filmed, these airshows occur a few times a month during some parts of the year. Just a hint if you’d want to see it for yourself 🙂