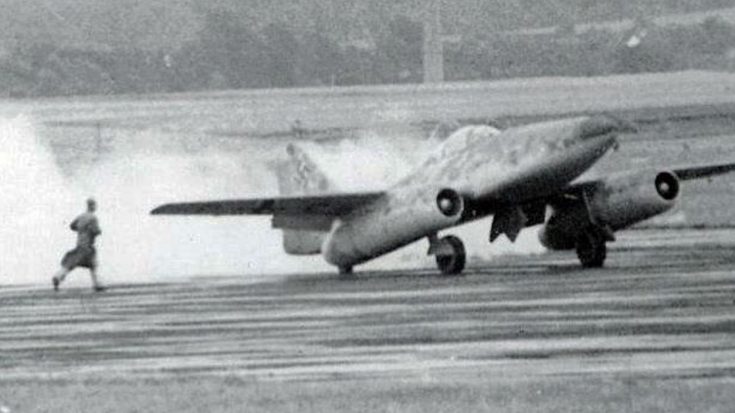 The Messerschmitt Me 262 was a ferocious fighter when it first debuted in the later stages of WWII. The Me 262 achieved speeds never seen before in fighter aircraft, which gave it a tactical advantage but there were some also some weaknesses.

When Adolf Hitler first saw the Me 262 in action he envisioned it as the bomber aircraft he was looking for. However, veteran pilot Adolf Galland opposed its use as a bomber and insisted the Me 262 be used as a fighter to defend Germany from Allied bombers. Galland’s viewpoint eventually won over the Fuehrer after much debate and the Me 262 solidified itself as a fighter and interceptor.

Allied planes had trouble keeping paces with the speeds of the Me 262 but those same speeds made it difficult to target Allied formations. The Me 262 would often fly so fast that they couldn’t get a shot off before passing their targets. The other key issue was the relatively new jet engines which took about five minutes to reach full speed, allowing the jets to be vulnerable to Allied attacks.

“The Jumo Jet engines had a tendency to flame out if the throttle was advanced too quickly. This made it perform sluggishly during take-offs and landings. The RAF Spitfire and USAAF P51 Mustang Pilots quickly discovered this weakness and changed tactics to attack the new ME-262 jets when they tried to land.”

Poor launch speeds made Me 262s inefficient as interceptors resulting in Allied bombings over German cities. Some of the Luftwaffe’s greatest aces testify about their time flying in the Messerschmitt 262s and the factors that brought it down in this clip.