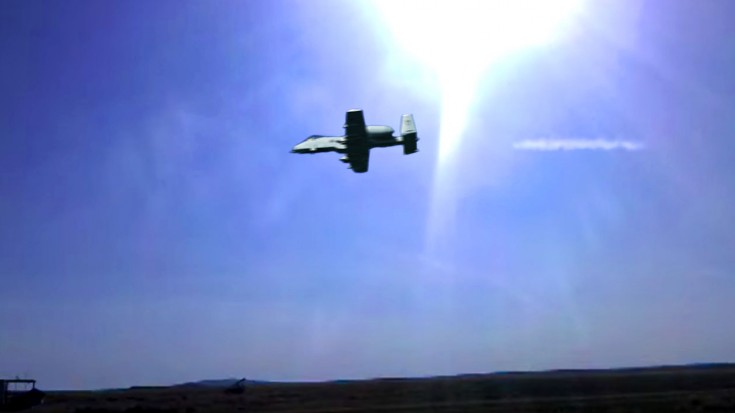 Whatever Microphone He Used, It Was Perfect.

It’s truly a special treat to be able to witness an A-10 squadron practicing. Not only do you get to see the best CAS platform in the world fly for real, you also get an abundance of that GAU-8 burp we have all grown to enjoy and love.

We’ll warn you that the guy that recorded this had some seriously unsteady hands, but because he did upload this video and we didn’t, we can’t really complain. He caught a couple of really good strafing runs for our enjoyment and although he might have been using a phone to record them, the microphone picked up some seriously bassy sounds after the pilots fired. Hence the headline.

During World War II, this base was home to B-24 Liberators and B-29 Superfortresses.

The description of the video did not include where this was recorded, but we can deduce that it was Davis-Monthan Air Force Base near Tucson, Arizona. In 1975, this location became a training base for A-10 pilots among other things. It’s home of the 355th Fighter Wing which has the mission of “providing A-10 thunderbolt II close air support and OA-10 forward air controllers to ground forces worldwide.”