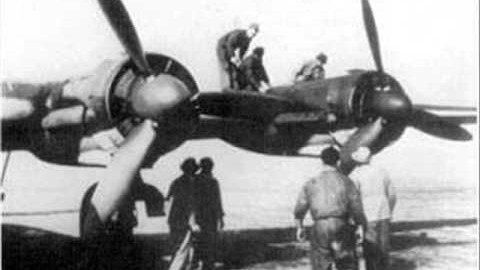 Hitler has been so obsessed with the idea of seeing New York or other major US cities into flames that his strategists began developing plans of a trans-Atlantic attack that would cripple one of the biggest players in the Allied force. He thought of terrorizing the American population in addition to showcasing the Nazi’s military capabilities. If carried out successfully, it could also force the United States to utilize their antiaircraft defenses to protect itself thereby leaving less for Great Britain and other Allies.

Then began the “Amerika Bomber” which was an initiative of the Luftwaffe in using a long-range strategic bomber. The Messerschmitt Me 264 became an integral part of this project. The target would be 5,800 km or 3,600 mi from Germany which required intensive and advanced planning.

Although this idea was conceived early on, around 1938, the designs, concepts and proposals were given to the commander-in-chief Reichsmarschall Hermann Göring in 1942. Because no one had that kind of technology yet, Hitler ordered the development of a bomber that could fly the distance and deliver the small payload of about 5 tons. Several designs were entertained but only few made it as prototypes — the rest remained on paper. The Messerschmitt Me 264 can accomplish two things: bomb New York and support operations of U-Boat fleets.

According to military historian James P. Duffy, Hitler “saw in the Azores the … possibility for carrying out aerial attacks from a land base against the United States … [which in turn would] force it to build up a large antiaircraft defense.”

But There Were Problems…

During the in-flight testing however, it revealed flaws which can severely sabotage the entire operation. The plane itself was too heavy and on top of that, it’s rate of climb was low. It was just not the war bird for the mission. In the span of eight years, three were developed and only one achieved flight. In the end, construction was stopped on September 23, 1944. One of the reasons being attributed why it was not developed further was the consistent attack of the US against German factories.

Whether it was the doing of the United States or unintentionally the Germans’, it’s safe to say that the plans of “Amerika Bomber” just burst in flames.