Stressful Marine Test Has You Submerged, Blindfolded And Upside Down 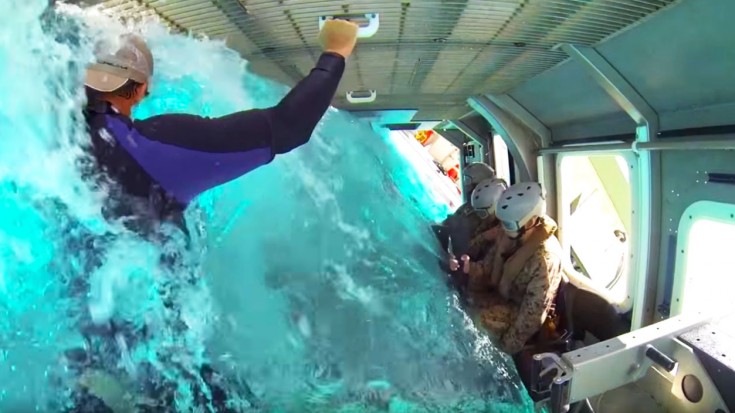 As They Say, Practice Makes Perfect.

This post is unrelated to World War II, but it does display the mightiness of the U.S. military and the precautions taken to make it so. This does sort of remind us of the thousands of downed aircraft in both the Pacific and Atlantic during World War II and how such training would have come in handy.

In this video the trainers replicate what would happen if a helicopter would have to make an emergency  or hard landing in the water. Although circumstances are always different, if you survive the crash they want you to know what the next steps are.

The Marines featured in this video are part of the 24th Marine Expeditionary Unit which is tasked with quickly responding to a crisis at night or adverse weather conditions.

The training facility is held at a massive pool with a helicopter like cabin suspended above it. The windows are just like the ones on a real chopper, so the Marines have to know how to open them to egress. To add another layer of realism and to ingrain the training even further, they’re given blacked out goggles. Yes, they have to unstrap and find their way out without seeing a thing.

Also, the whole training capsule flips upside down to give them an element of disorientation, further driving the point of calmness home. If you practice this enough and such an event happens, exiting a downed chopper should be no sweat in a real world situation.