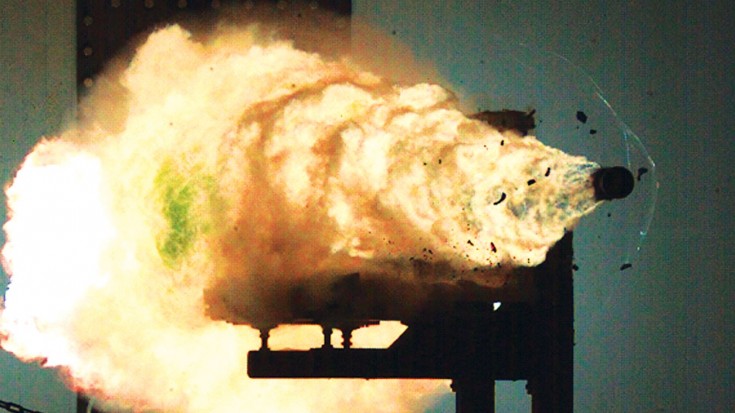 The Future Is Here!

The Zumwalt-class destroyer was just launched in December of 2015. The most advanced ship in the world, it will also become the first ship to equip a new weapon of the future. We’re talking about the rail gun of course.

Although still in its testing stages, the rail gun is already functional. It’s just a matter of testing it in the field, which according to this video will begin in 2016. If all goes well, these bad boys will be equipped on the ship by 2017.

To give you a quick rundown of what a rail gun is if you don’t follow technology, it’s basically a massive gun which is electrically powered. As opposed to using gun powder or other charges, the gun is powered up by a huge electric charge which then propels the projectile.

As they’ll mention in this video, the projectile is actually 100 times less expansive than other equipment that can do the same damage we have available today. Also, it can go though tons of steel and cut through it like butter. Once it’s complete, it will be one of the scariest things out there.