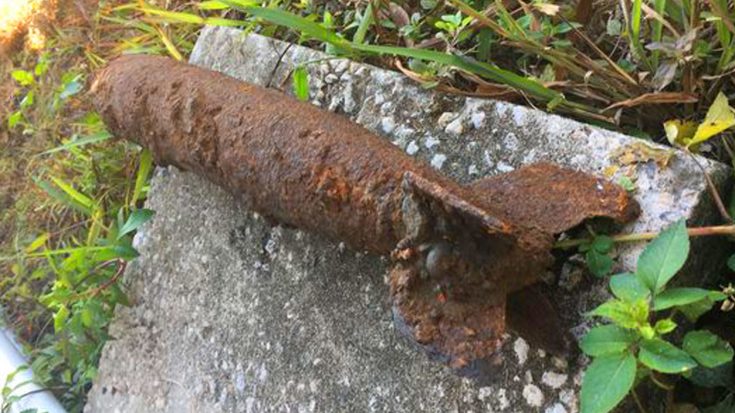 Residents of Tallahassee, Florida were in for a shock when a WWII-Era bomb was discovered at a construction side. Workers unearthed the bomb as it was tangled in the roots of a tree. Fearing for the safety of the residents of the busy downtown area, the 325th Explosive Ordinance Disposal Flight from Tyndall Air Force Base was called in to detonate the explosive.

“We take the safety of our workers and contractors very seriously. Our team followed proper procedure upon recognizing the potential hazard. Thanks to their actions, we will be able to take every precaution to ensure the area is clear of any threat before moving forward.”

The discovery of a 75-year-old bomb has left many scratching their heads about how it got there in the first place. The Museum of Florida mentions that Tallahassee had an airfield used for pilot training during WWII, so that puts the issue to rest.

The Air Force Bomb Squad from Tyndall Air Force Base cleared the area and detonated the explosive, shaking buildings within a range of several blocks. CBS News goes into further detail on the detonation in this clip.