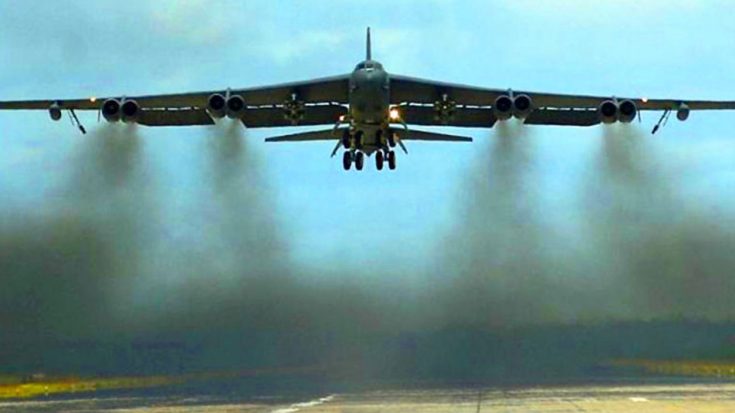 America’s most legendary bomber experienced a major malfunction recently during a training exercise. It was reported that a B-52 Stratofortress departing from Minot Air Force Base lost an engine while in flight. The engine fell from the bomber and landed in a river in a wildlife refuge located in North Dakota.

“At this time, we have identified the location(s) of the engine (parts) and are actively working to preserve any evidence we can from the impact sites before recovering pieces to Minot AFB. We do not have a timeline for the recovery efforts at this time and we must remain cognizant of any impacts from weather that may affect the safety of our recovery personnel.”

The B-52’s other seven remaining engines remained intact and the jet was able to land safely without harming the crew or civilians. This raises further concern for maintaining these aging aircraft some as old as 60 years. Fox News has provided a clip with Pentagon officials looking investigating the incident in this clip.