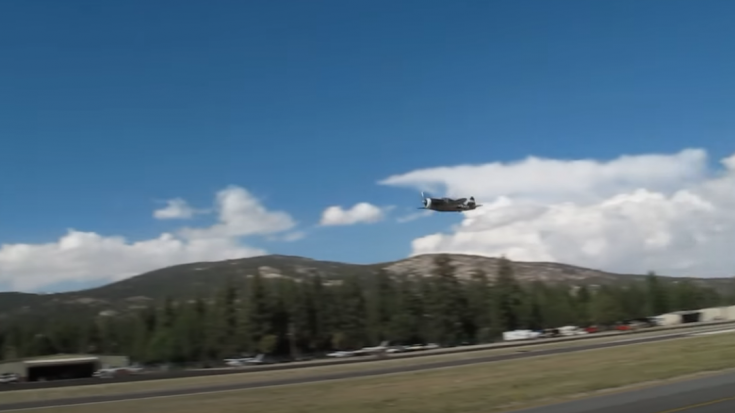 Says a spectator as she spots a P-47 doing a high-speed pass over the runway. The Thunderbolt was part of the Big Bear Air Fair in 2013, which saw the skies filled with vintage warbirds and antique aircraft.

Big Bear City Airport was celebrating aviation history with a theme of “110 years of flight” on August 24, with a one-day show that attracted 8,000 spectators. Among those also in attendance were a pair of B-25s, a Wildcat, Hellcat, Bearcat, Mk XIV Spitfire, and a Mitsubishi Zero.

None of them could beat the sound of the Thunderbolt, though. The menacing sound of the Jug’s radial engine has become iconic at this point!