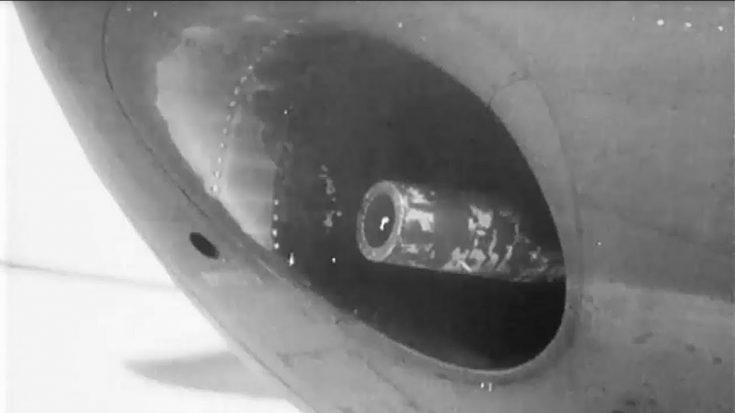 The B-25G Mitchell was a special variant that was significantly different from most of the other B-25s. Originally designed as a medium bomber, the U.S. eventually needed a harder hitting plane that could do more damage with its guns. That’s when North American stepped up and showcased their newest modified B-25, the ‘G’ variant.

The 75 mm Gun was a standard American weapon mounted on World War II tanks and packed quite a punch. Once mounted on the B-25, it was one of the largest guns ever equipped on an airplane.

The new B-25G essentially transformed the Mitchell from a bomber to a gun ship. The earlier versions of the B-25 had a long transparent nose, so to fit the new armament the noses were solidified and shortened. Then, two .50 in machine guns were placed above the centrally mounted cannon. Since it was quite big and heavy as you can imagine, the cockpit had to be modified in order to make room for this weapon. Overall, 463 of these variants were made, with the subsequent B-25H being even more heavily equipped.