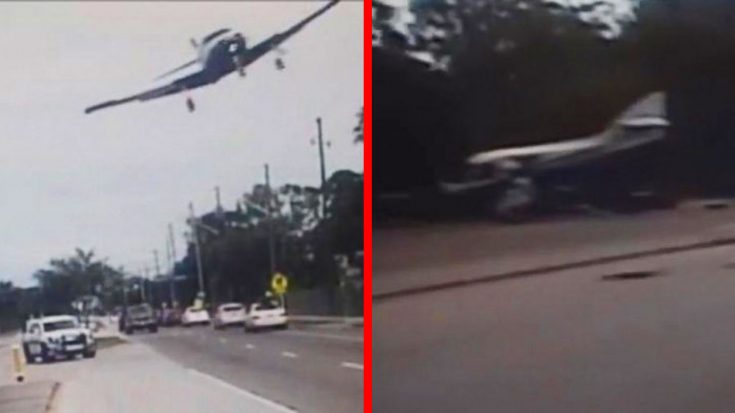 It seems like there is never a dull moment in the state of Florida. Every news article is another story about a guy pulling a crazy stunt, breaking into somewhere or wrestling with some wild animal. You would think there would be a single day where a Florida man could chill out, but no he just crashed a plane on a road.

What you are traveling down a busy road you tend to keep your eyes focused on the road, that is until a plane comes buzzing just over your head. Deputies from the Pinellas County Police Department captured the incident on their dashcams. The police were actually responding to a different call when the plane came crashing down over their heads and they responded immediately.

61-year-old Marc Allen Benedict was the pilot of the crashed 1975 Rockwell 112A was traveling with one passenger in the aircraft and both are miraculously unharmed. Engine troubles were attributed to the plane’s crash causing it to hit a tree before colliding with the freeway. The incident can be viewed in the video provided from the Pinellas County Sheriff’s Office. Once again, it is always some Florida man up to some super crazy antics.