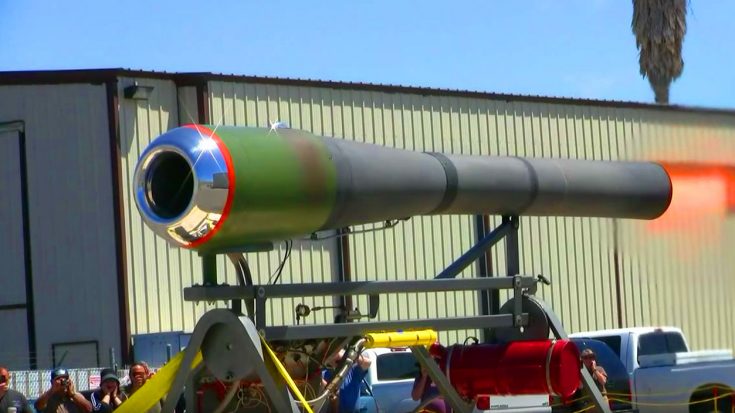 The Republic-Ford JB-2 was a powerful pilotless bomb, it could travel a range of 150 miles to deliver and explosive payload. It was a near carbon copy of the German V-1 Buzz Bomb with some modifications. With the invention jet engine made its debut during WWII and changed the world but planes weren’t the only ones using it, the JB-2 also had a pulsejet.

The Allied Forces planned to use the JB-2 in an assault against Japan however by the time the project was completed Japan had already surrendered. In the end, the JB-2 didn’t see a lot of combat but it laid the ground for the development of surface-to-surface tactical missile systems.

“The Loon, also called the JB-2 or KUW-1, was an American copy of the German pulsejet-powered V-1 or ‘Buzz Bomb’ of World War II. It was designed to carry a 2,200-pound high explosive warhead to a range of 150 miles and could be launched from the ground, ships, or aircraft.”

The Planes of Fame Museum in Chino, California has the Loon engine of a JB-2 that is still fully functional. The 2,100 lb warhead needed quite a bit of thrust to move through the air, so that’s where the 900-lb Loon engine came into play. Watch them push this engine to full blast and turn the volume up because this thing gets loud.