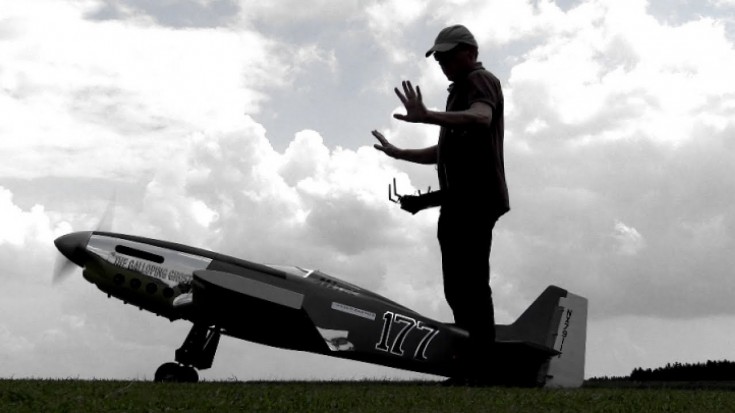 Remote Control Planes Are Getting More Awesome By The Day

If you heard and saw this Rc Mustang mid-flight, you probably wouldn’t be able to tell that it’s an Rc. This awesome tribute to the real Mustang is as good as it can get when it comes to design, not to mention the sound that the engine makes! This 1:4.5 scale model has a wingspan of over 7 ft. and weighs approximately 54 pounds. It is powered by a 320cc 4 Cylinder-4 stroke Kolm Engine and as you’ll be able to tell, it sounds great!

The P-51 Mustangs entered late in the war and because they were so effective from the get-go, were heavily produced. Once the war ended however, there was a great surplus of them, with some being offered for public purchase at 3,500 U.S.D. (approximately $45,000 today.) The Galloping Ghost was one such plane, and has changed hands quite a few times over the years, ending up owned by Jimmy Leeward in 1983. After racing for three years, the Galloping Ghost experienced engine failure and was restored for the next decade. Resuming racing in 2010, Leeward successfully raced for about a year before tragedy struck when his Mustang experienced trouble and crashed on September 16th, 2011.