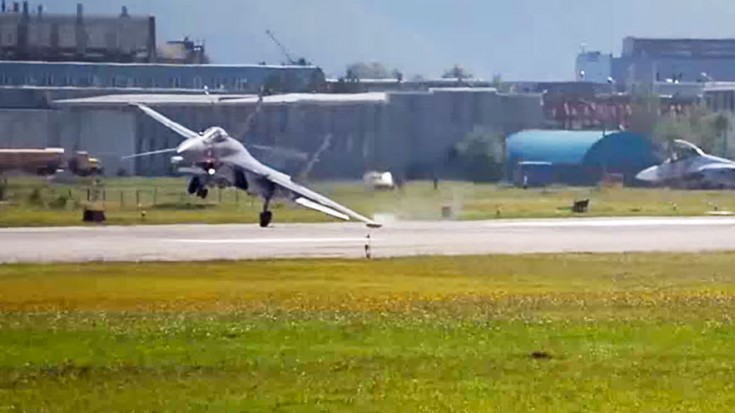 That Could Have Been So Much Worse.

We know our headline is a bit harsh, but we’re not sure how to put in different words. Although we’ll give the pilot the fact that he DID in fact land and the plane was still in one piece, everything leading up to it just looked wrong. Scary too.

We’ve translated the description of the video from Russian for you, and it seems like this landing took place at and airshow back in 2014. Taking place at the Dzemgi Airport in a town called Komsomolsk -on-Amur, the spectators could have gotten a much more eventful show if the pilot didn’t correct his mistake.

Watch the video and let us know what you think about it. Here at World War Wings we’re aviation enthusiast, but not pilots. So, if you know why this pilot came in at a 90° angle let us know. Also, once he touched down, it seemed like he floated a bit too, but we’re not sure if it was high crosswinds or simply pilot error.

At least he walked away from it though. As the saying goes, “any landing you can walk away from is a good one. If you can use the plane next time, it’s a great landing.” This pilot did both, although he might not been able to use his pants again.