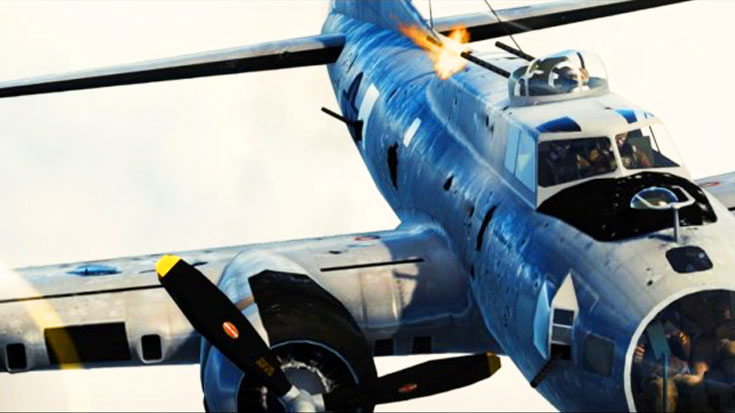 When it comes to games, War Thunder is probably one of the best games out there when it comes to realistic World War II battles. Between air-to-air battles you can carry out with a team of your friends to tank on tank battles on the ground, this game has it all. You can seriously act out your wildest dreams and fly in your favorite planes, not to mention rack up points and become a serious ace.

On that note, this game has gained such popularity in the last few years that they started coming up with trailers and short movie segments to promote their game. Yes, it’s all CGI, but their stories are pretty amazing as is their cinematography. In this clip titled The Way Home, they depict a pretty intense assault on a squadron of B-17s.

If you notice, the B-17s in this montage are not in a historically accurate formation, but it’s a great movie none the less.

As we all know from a historical standpoint, being on a B-17 crew was a helluva ride every time and not in a good sense. Unable to do any major evasive maneuvers, unless you had an escort of P-51s or 38s, you were just flying straight while under fire. Your gunners did what they could, but as a pilot straight was the way to go.

It was scary business and this great video just captures the chaos that took place in the skies. Bf 109s were whizzing by you letting their guns loose as the bomber formations were just sitting there taking it. Great little movie but major respect for the actual crews from back then!