Shot Down Spitfire Pilot Was Captured, But The Germans Knew What Was Coming 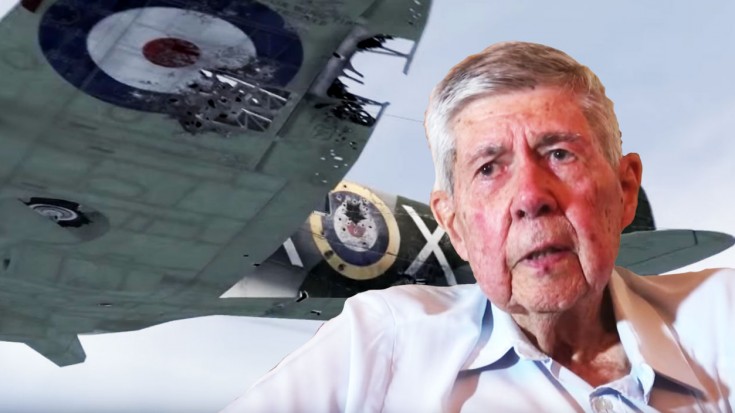 At Least That Was A Good Ending

As of 2015, there are only about 855,000 World War II veterans left in the world. What’s even scarier about that is the fact that they’re dying at a rate of 492 per day, roughly one every three minutes.

This is why it’s so important to cherish whatever contact we have with them. Their stories are not only great to listen to but also provide tremendous historical value. Luckily, we do live in a time when you can record anything practically everywhere, so at least we have the stories preserved somehow.

I thought I’d have a last cigarette before they….sort of finish me off.-Jack Spencer, WWII Spitfire pilot

The point here is that we found an awesome story of an RAF Spitfire pilot who recounts his experience. It’s a bit lengthily, but this vet can definitely tell a story.

Jack Spencer fought over Italy from 1943 to 1944. His flying career was cut short because of flak that tore through his plane.

Bailing out at about 8,000 feet, he landed on the verge of enemy territory. When he hit the ground, he hid in the bushes, an act he himself laughs at but that’s the only thing he could think of. He then heard the Germans approaching and though he was done for.

A heavy smoker at the time, Spencer lit up a smoke which he thought would be his last and awaited the Germans. Once captured, his experience was not what you’d think. Watch the video and let him tell the story in his own way!