Start Saying Goodbye To The Humvee And Say Hello To THIS! 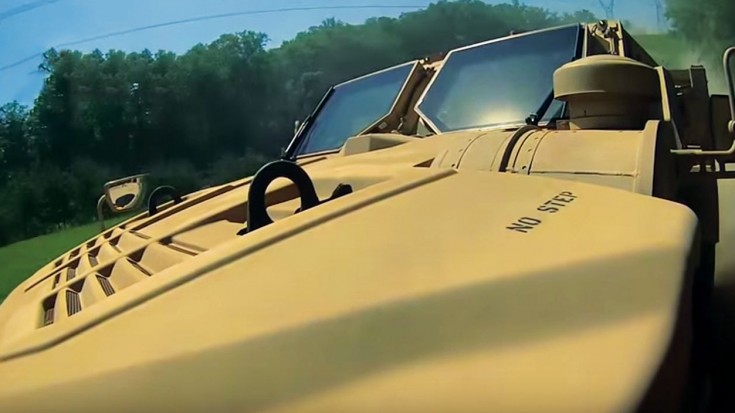 The Humvees that we’re all so accustomed to seeing in combat are going to be slowly phased out over the coming years. After a decade long bid for the next big thing between most of the biggest military contracting companies, Oshkosh was selected on August 25th, 2015. They’re going to be building their JLTVs (Joint Light Tactical Vehicles) at a slow production rate for the first three years and kick in into full swing for another five.

Although there are countless advantages built into these vehicles, most notably they’ll have an IED detector and shield which will prevent the most common injuries and deaths soldiers are experiencing in the Middle East.

In total, the military wants to procure 54,600 JLTVs, with 90% going to the Army and the remainder to the Marine Corps. Humvees will stay with the military for a while, but since they were designed in 1984 and just upgraded over time, this bid was necessary to protect soldiers that are fighting a different kind of fight now and in the future.

As the president of Oshkosh stated, “our JLTV has been extensively tested and is proven to provide the ballistic protection of a light tank, the underbody protection of an MRAP-class vehicle, and the off-road mobility of a Baja racer.”

The first set of orders are estimated to be given to the Army by 2016.