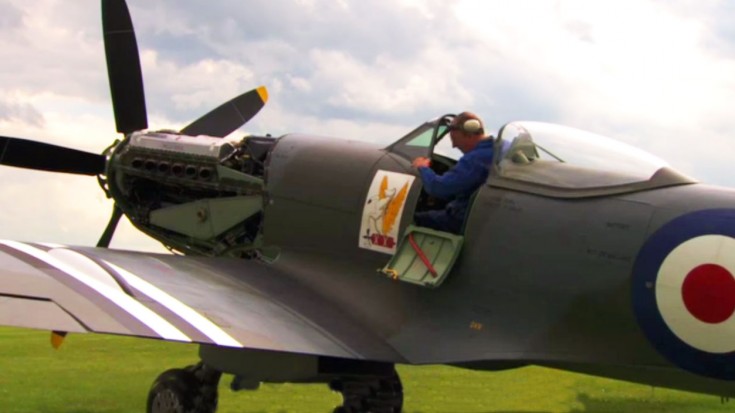 Some Say That The Griffon Spitfires Were The Best

The Supermarine Spitfires were British single seat fighters that were produced throughout the war. They were designed as short-range interceptors that fought in many Allied Air Forces, with over 20,000 of them built in a span of eight years. They were originally fitted with the famous Rolls-Royce Merlin engines which generated 1,030 horsepower. This allowed the Spitfires to have a higher top speed than most of their counterparts, including Britain’s earlier top fighter, the Hawker Hurricane.

During the later years of World War II, the Royal Navy needed a plane with engines that generated more power in low altitude conditions, which Rolls-Royce addressed with the Griffon. These engines, capable of generating up to 2,340 horsepower, replaced the Merlins in certain Spitfire variants, including the Mark XVIII which you’ll see in this video. These marks did not see any World War II combat as they were completed in 1947.