Spot The HUGE A-10 Mistake In This Jarhead Scene 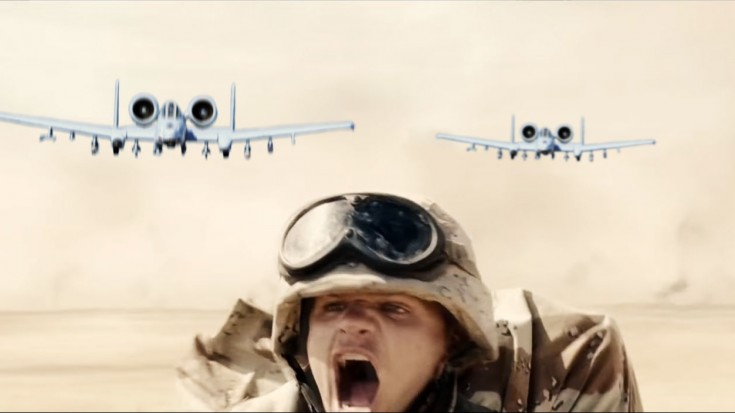 It’s Really Not That Hard To Get This Right.

We’re not too picky when it comes to movies, and by that we mean that minor inaccuracies don’t bother us. When it comes to war movies, we’ve probably seen them all and have some opinions about them, but honestly, this one mistake we just found is kind of too big (although small within the movie) to ignore.

The movie we’re referring to is Jarhead which came out in 2005. It chronicles the military experience of U.S. Marine Anthony Swofford who joined the Military in 1989. He was almost immediately sent to the Arabian Peninsula to aid in Operation Dessert Shield and after, writes a book about his experiences. If you didn’t read the book or watch the movie, we recommend it.

As you know, the Gulf War saw a really vast use of A-10 Thunderbolt IIs, as they were offered the best CAS. This is exactly the scene we’re talking about in the movie.

While on patrol, the Marines spot two A-10s in the air. Excited as they know they’re safe, they counldn’t be any more wrong. The pilots mistake them for the enemy, turn around and fire their GAU-8s directly at the troops.

What’s wrong with that scene? (HINT: It’s pretty obvious if you know ANYTHING about the A-10s) Throw up your answers on the comment section of Facebook.