Stunning Video of B-1 Lancer in Action 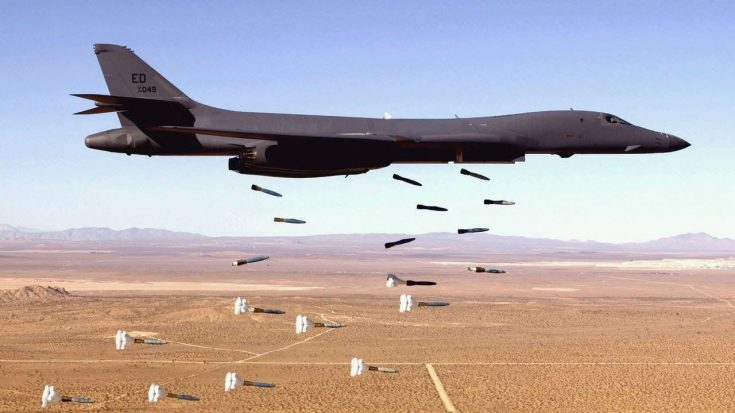 Training footage of several USAF B-1 Lancers had everyone enamored by the plane’s beauty and mission capabilities.

The video starts with a B-1B pilot performing pre-flight checks, taxiing to the runway, and elegantly taking off. Viewers are then blessed with an excellently shot footage of its takeoff from the ground looking up.

Later in the video, we see a group of Lancers do target practice by letting go of their extensive load of small explosives. At the 2:20 mark, it took five seconds for the B-1 pilot to empty his weapons bay.

In real combat scenarios, the Lancer can carry 50,000lbs of payload on its six external hardpoints. That number is increased with three internal bomb bays making the aircraft carry the heaviest payload of any aircraft in the USAF inventory.